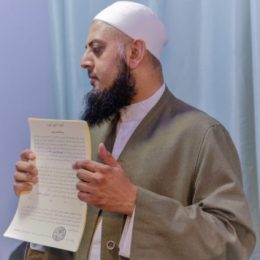 After graduating from Manchester University with a BA (Hons) in Politics and Economics, Sheikh Muhammed Zaqir studied for 8 years in Damascus (Syria) at the Prestigious Abu Noor Institute and studied several classical disciplines of Islamic knowledge at the hands of some of the most prominent holders of the tradition. He thereafter studied in the illuminated city of Tarim, Hadramaut and studied at the eminent Institute Dar ul Mustafa, under the qualified hands of some of the most illustrious guides of knowledge. Being classically trained in the sacred sciences, he has attained formal ijazahs in various Islamic Disciplines, including the Shafi’i, Maliki, and Hanbalis schools of Law, although having attained iftaa in the Hanafi Madhab. Despite his extensive knowledge in all these areas, his specialism is in the sciences of Islamic Theology. Having founded Darul Arqam Trust and humanitarian aid charity – Revive, Shaykh Zaqir is also the founder of many other grass-root community initiatives.

Sheikh Suleiman graduated from Darul Uloom Bury with the Aalimiyah Shahadah Qualification, during which the esteemed Sheikh Yusuf Motala acknowledged Molana Suleiman’s talent in the field of writing and encouraged him to take a professional course of Islamic Calligraphy in Pakistan. Upon taking the advice, he studied under the tutelage of the late Shah Sayyid Anwar Hussain, a world renowned Calligrapher who sat on many international panels and has calligraphy displayed around the world. Molana Suleiman received Ijaza from Shah Sayyid Anawar Hussain in 1986 and is therefore authorised to teach different styles of Islamic Calligraphy – Naskh, Ta’liq, Thuluth, Diwani, Riq’a and Nuss ta’leeq. Molana Suleiman has taught Calligraphy at Darul Uloom Bury, has been in engaged in designing logos for business, Masajid and other organisations. Furthermore he has taught at the Leicester Darul Uloom and volunteers in Calligraphy for charity events. Sheikh Suleiman is currently the lead Calligraphy instructor at Darul Arqam and has ran this class for 15 years. In addition to having revived this beautiful Islamic Tradition, hundreds of students have benefitted from his artistic expertise, some of whom have proceeded to mastering the art and taking the tradition forward in other parts of the world. 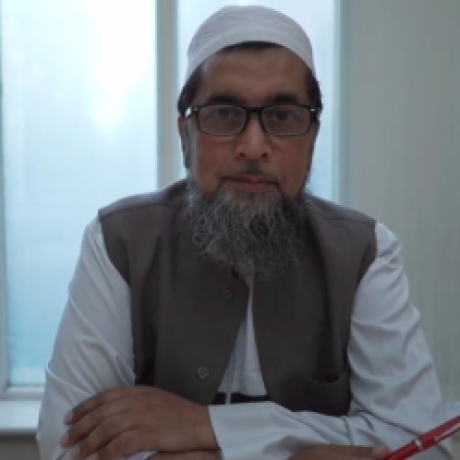 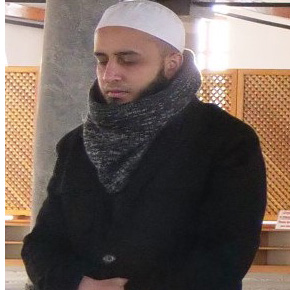 After having completed his hifz of the Qur’an, Mawlana Bilal Panchbhaya went on to study the sacred Islamic sciences at the distinguished Islamic institute, Islamic Da’wah Academy in Leicester. There he completed a rigorous six year program studying under some major scholars, the likes of Shaykh al-Hadith Mawlana Muhammad Saleem Dhorat hafizahullah. He graduated from this program with authentic certifications (ijazah) in numerous Islamic disciplines, including Tafsir, Hadith, Fiqh, Usul Fiqh, Aqidah, and Arabic & Urdu Language.

Since graduating in 2009, Mawlana Bilal has served as an imam and is still doing so currently at Darul Arqam. He also teaches the Hifz class and various other courses at the institute.

Mawlana Uzair Makadam graduated from a well established institution of higher Islamic Education based in Leicester with an ‘Alimiyyah qualification. He studied under some major scholars of Hadith and received an ijazah (sacred license to teach) in all six major Hadīth collections, in addition to the Muwatta’ of Imām Malik. He is currently in the second year of his BA English Language and Literature degree, and works in the capacity of pastoral welfare officer. He currently teaches short courses for Adults at Darul Arqam, with the ‘Thoughtful Prayer’ being amongst the more successful subjects which has brought about a great demand for the course, along with the ‘Ten to teach Tarbiyah’ course: a study of the last 10 Surah’s. 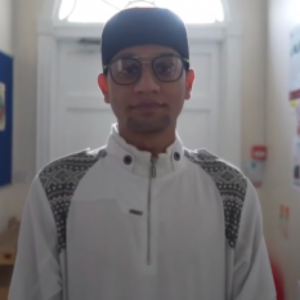 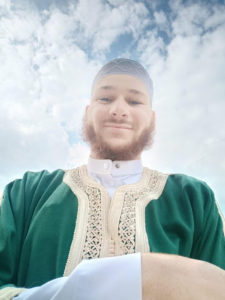 Ustadh Nabil Hedjiedj began his service to the Islamic community at an early age, serving as an Imam in France where he was born. He was able to teach Arabic as an Algerian native, as well as teaching Qur’an and giving the Friday sermon.  Following this, he spent time abroad in Aden University, Yemen, where he studied Arabic and Islamic Sciences with eminent scholars such as Shaykh ‘Abdirrahman al ‘Addani. Here he was able to complete his memorisation of the Qur’an, learning both the Hafs and Warsh Qira’aat. This was succeeded by a period of five years’ intensive study in Algeria, where he was able to obtain certifications in Qur’an recital, tafseer, and Maliki Fiqh from Shaykh Ben Hanafiyah al-’Abidine.

Currently, Ustadh Nabeel is studying towards a further certification in Tajweed (Asbahani) and Hanafi Fiqh. He lives in Leicester with his wife and three children.

Born in Damascus, Sheikh Muhammad Al Wail descends from the Al Qadi Ibn ul Faqhar Ibn Salman, a Hanbali qadi. He graduated from the prestigious institute of Mahd AlFath in 2000, as the 5th youngest ever student to enter the institution, not yet even in his teens. He thereafter continued his studies in the Islamic university Al Azhar in the faculty of Usul udeen (the theological principles of our faith specialising in the sciences of Hadith). He also studied at the hands of the great scholars of Damascus such as the Shaykh the linguist the Mufassir Ahmed Naseeb Al-Mahameed. Also studying under the great scholars such as Abdul Razaaq Al Halabi and Al Qadhi Murshid Aabideen.
He took the sciences of the Quran from Shaykh Muhammad Bakli and Muhammad Sukur.  He has travelled extensively throughout many countries in order to continue his studies and his research into the sciences of Hadith and manuscripts. This included visiting the national library of Berlin to access its manuscripts collection. He also has been instrumental in establishing Shari’yah schools in various parts of Africa and beyond.
Shaykh Wail Hanbali has received licences to narrate the 9 books of Hadith from various Hadith masters from around the Islamic world. He has a wealth of knowledge concerning Islamic Manuscripts – working with them for more than two decades.  He was also from the key staff of printing a new verified edition of the sacred law enclycopedia of the Hanafi School – al-Hashiyah Ibn Abideen. This was printed in more than 14 volumes.  He has also printed various works from the manuscripts and adding beneficial marginal notes. He is also involved in distributing aid to orphans and needy Scholars of Syria especially those who are related to scholars and callers to Allah. 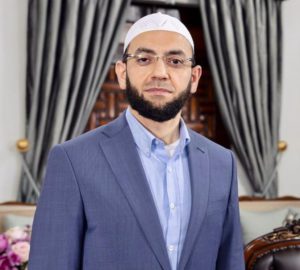 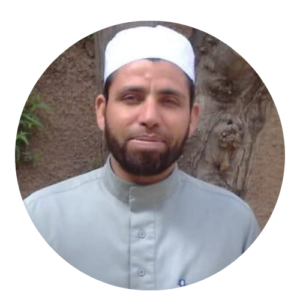 Thereafter emigrating to Damascus, Shaykh Al-Kassar studied at the Islamic Conquest Institute for six years, however was unable to graduate there due to events that took place in the Levant. Lessons were attended by a number of Damascus scholars, including The Scholarly jurist Shaykh Osama Al-Rifai, may God Almighty preserve and protect him, The Scholarly Jurist Shaykh Abdul Razzaq Al-Halabi, Sheikh Nour Al-Din Ater, Sheikh Abdul Hadi Al-Kharsa, Sheikh Riyad Al-Kharqi, may God have mercy on him, Sheikh Muhammad Abu Al-Huda Al-Yaqoubi, Sheikh Omar Al-Nashwaqati and Sheikh Fawaz Al-Nimr, Sheikh Mustafa Al-Bagha, Sheikh Mazen Bakir, Sheikh Abdul Hamid Al-Tasa and others. Furthermore, Shaykh al-Kassar was also a teacher in Damascus for Islamic education and the Arabic language in middle and secondary schools in Damascus and was an Imam and teacher at the Omar Ibn Al-Khattab Mosque, may God be pleased with him, in Eastern Ghouta.

Shaykh Al-Kassar continues to seek knowledge and drawing wisdom from honourable Scholars, may God Almighty protect them and take care of them and currently teaches The Classical Arabic Programme for Darul Arqam Educational Trust.

Amin Buxton is an educator and translator based in Edinburgh. He embraced Islam in 1999 and read Arabic at SOAS, University of London. He also studied the Islamic sciences in a traditional setting in both Syria and Yemen. He is involved in several educational initiatives including iSyllabus and New to Islam Edinburgh. He is the Muslim Chaplain at Edinburgh Napier University. 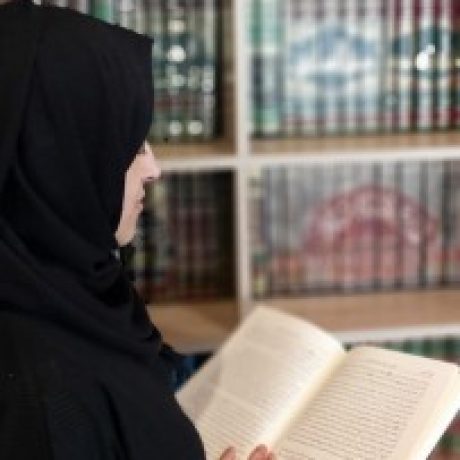 Munira Apa comes from Yorkshire and has a wealth of experience in teaching Islamic schools and in an educational setting. She gained her experience over the course of six years, in a reputable Islamic Seminary base in Yorkshire and Lancashire. This includes studies in the Arabic language and literature, jurisprudence islamic beliefs, seerah and tafseer, culminating an intensive two years of study and narration of the six canonical books of hadith including Bukhari and Muslim. She completed this together with her role as a mother of five children. Her love of children and tarbiya inspired her to teach in a primary school and organise various workshops and activities. She was instrumental in inspiring and entrusting the children that some have continued their studies in further islamic education. She presently teaches Quranic Arabic at DA – both long term and short term intensive courses – and has taught Seerah in the past. She has a particular knowledge and enthusiasm for issues revolving around relationships and upbringing of children, which has allowed her to run her coffee mornings for the past few years to educate and inspire women on these matters.